STEUBENVILLE  – Restructuring is occurring at the Jefferson County Board of Developmental Disabilities, which is currently undergoing a million-dollar renovation project to establish new administrative offices.

The federally mandated privatization of adult services has shifted the board’s focus to early intervention and preschool programs and also created a plethora of space for operations. To that end, officials have opted to move administrative facilities into the former Jeffco Workshop located on the School of Bright Promise campus. An estimated $1,055,000 improvement is under way to add 25 offices and create a large community room that will be open for public events.

Superintendent Michael Zinno said the 14,900-square-foot space will house the board administration office currently housed in the School of Bright Promise, in addition to service support administration and staff, community employment services, community integration and the early intervention department.

“The workshop is being remodeled and will be our main administrative home,” Zinno explained. “We will vacate the training center [on Cherry Avenue in Steubenville] and consolidate operations at one site on the campus.”

He continued that an activity center will be formed inside the new office space which will be open to private providers and the community for events. Colaianni Construction, Inc. undertook the project in July and work should be complete around the first of the year. The move comes on the heels of a study to determine whether the workshop or training center would be best suited for use.

“We had to figure out which building met our needs and the workshop was better because it was more accessible and on campus. We’re excited to start seeing it happen and we’re starting to rebuild.”

Meanwhile, the training center has also been occupied by the PALS adult service program and Jefferson County Alternative School/Quest Center but Zinno said other future use will be determined since it is a county-owned facility. 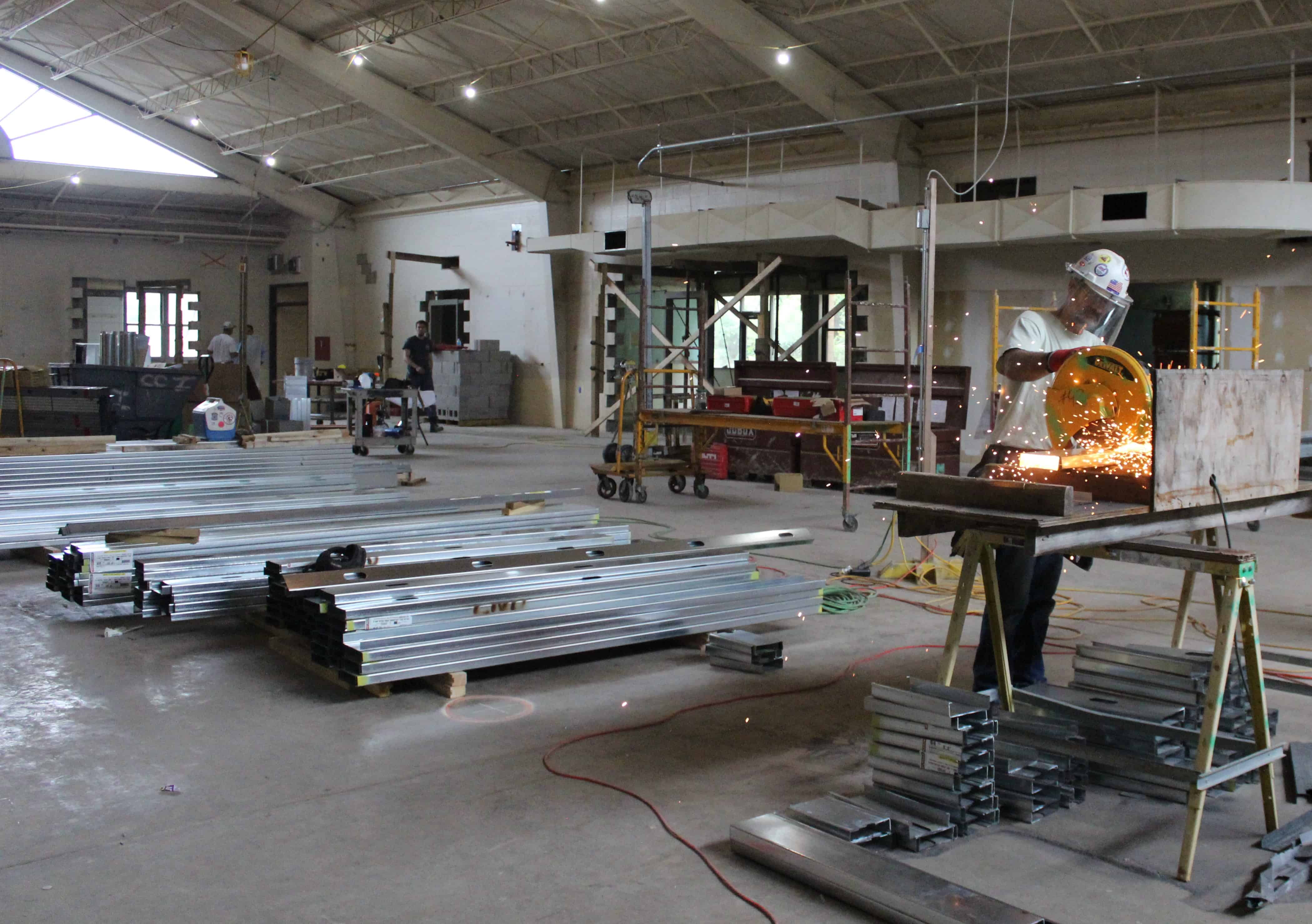 A crew from Colaianni Construction, Inc. is in the midst a $1 million renovation project at the Jeffco Workshop to create main administrative offices for the Jefferson County Board of Developmental Disabilities. The superintendent and related offices will move out of the School of Bright Promise and other JCBDD services such as early intervention, service support administration and community employment services will join them at the workshop site. The project should be complete around January.